This week I’m snipping from Nesting Habits because it’s featured the Family & Found Family Promotion with some of my favorite authors!! Read on after the snip for details on how you can find the other books in the promotion!

My snip is exactly six sentences long! Those are the rules (rules I made! *lol*) but I’m usually not a stickler for obeying them. It’s pretty obvious what’s happened before this snip so I’ll just say that Lee and Phil are in Phil’s Jeep.

“Thanks for lunch,” Lee said, and turned to look at the hot guy in the car with him. The hot guy who’d just gone down on him a few yards away from the flipping trail, for shit’s sake. The guy who’d made him crazy before he ever touched him.

Phil smiled and turned his head, hands tight on the wheel. It was an honest-to-goodness full-blown smile, and it hit Lee like warm rays of sunshine after months of nothing but rain. “Find something good on the radio?”

Thank you for reading!

Join me and over 40 M/M Romance authors as we celebrate our favorite family & found family books!

Whether you enjoy angsty reads or lean toward lighthearted fare, you’ll find something in the Family & Found Family Promotion, run by the amazing RJ Scott!

While you’re there, check out the other books—your TBR list might not thank you, but your heart will. 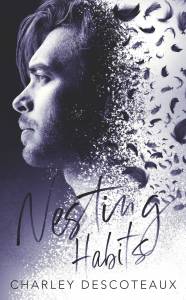 Phil Brask spends his days in the basement of his mentor’s Victorian home, converting legal documents into electronic format. When the pipe feeding the water heater bursts, Lee Redding arrives in the plumber’s truck and draws Phil away from the narrow focus of his computer and camera lens.

Lee gives Phil hope for a life beyond the walls he’s constructed using the nesting habits of migratory birds and dense legal files, a guided tour through a world filled with romance and music…maybe even family. But there’s a reason Phil retreated behind those walls, why he panics at a simple touch.

Lee has a good life—working with his uncle and on his mother’s farm, playing bass in a horrible metal band, and hooking up when he pleases—but he’s always suspected something was missing. When he meets the hot photographer with the icy-blue eyes, he knows exactly what that something is.

Phil isn’t like other guys, but neither is Lee beneath his carefree exterior. Maybe Lee’s the perfect guy to show Phil that everything doesn’t have to be done the hard way and “home” isn’t a four-letter word.

5 thoughts on “A Found Family snippet…”