This week I’m snippetting from my new release, Satin Sheets, Kink Awakenings: Book Two. The series follows men who don’t know they’re kinky through a sexy discovery phase and to their HEAs. Satin Sheets is an angsty and steamy Romance with age gap and a large dose of hurt/comfort.

This is from a scene in Eoin’s POV. He and Wes are in the cannabis speakeasy in the club, and Wes has just asked how someone figures out that they’re kinky.

“What seems to work for most people I’ve talked to is to explore what makes you happy, the things that give you peace. It’s not always about sex but it can be. When you have a feeling that something is speaking to you, slow down and listen. You might be surprised by what you learn about yourself. I was. I never expected that I’d get such deep satisfaction from giving another person what they need to be happy, to find peace, even if only for a little while.”

I’m such a lightweight. Two hits and I’m a kinky philosopher.

Thank you for reading!

Click here to subscribe to my newsletter and get your copy of an exclusive short story in the Kink Awakenings series! 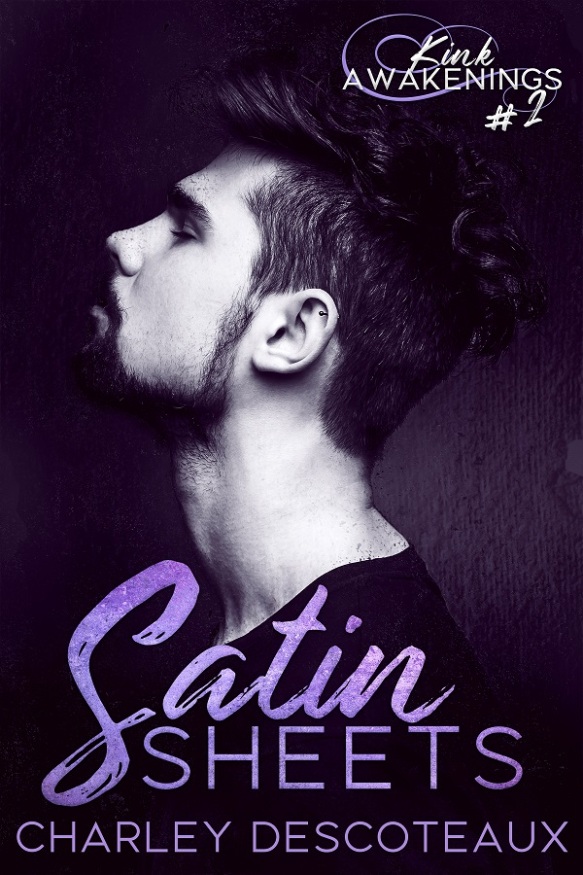 How do you know if you’re kinky?

Wes Roberts always thought his need for adventure was only a desire to see the world. After starting a job at a private kink club it becomes obvious he’s not as vanilla as he thought. Less surprising is his attraction to the tall flirty redhead he meets his first night.

Eoin McBride, former Army brat and self-described drifter, relies on his kink and the club that has become his home. Eoin is stunned when the lovely younger man returns his interest. But that’s nothing compared to how he feels when Wes approaches him for guidance in the exploration of his new-found interest in bondage.

If Eoin can stick around he just might be the perfect man to help Wes discover his kink, and maybe even find the love they both crave.

Warnings: this book contains sexually explicit scenes, depictions of the effects of PTSD, descriptions of injuries sustained while in the military, legal drug use, off-page death of a minor character, and the scattering of ashes without a permit.

5 thoughts on “A questioning snippet…”