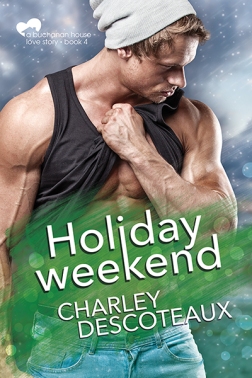 “Love wins and heals for another couple in the Buchanan House family.” —Jessie G Books

Looking for a little angst in your M/M Holiday Romance? Then I’ve got just the story for you–and it’s $0.99 for a limited time!

If you like beach reads, created families, and hard-earned happy endings, you might like the rest of the series. Check out A Buchanan House Love Stories Collection, only on Amazon & KU!

Buchanan House, an LGBTQIA+ retreat on the Central Oregon coast, welcomes everyone under the rainbow. A diverse group of characters touch each other’s lives—sometimes to stay, sometimes just while they’re needed—enjoying good food, friendship, and the chance for love. At Buchanan House family is defined by love and everyone deserves a happily ever after.

The Buchanan House series follows a created family as all the major players—and several side characters—find their HEA. 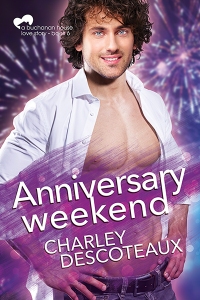 Anniversary Weekend — only in the boxset!

Attend a surprise wedding at Buchanan House, and revisit the happy couples from the series!

The Buchanan House family is preparing for the 5th anniversary of their grand opening. Everyone will be there for the festivities, including a Guest Chef Night that Ryan has been agonizing over for weeks, and a sweet surprise wedding!

Buy the boxset or read free on KU!

To get your copy of the freebies, join my reader group Charley’s Corner. When membership gets up to 100, everyone will get a free ebook! I also hold flash giveaways, and reveal news of WIPs and releases there first.