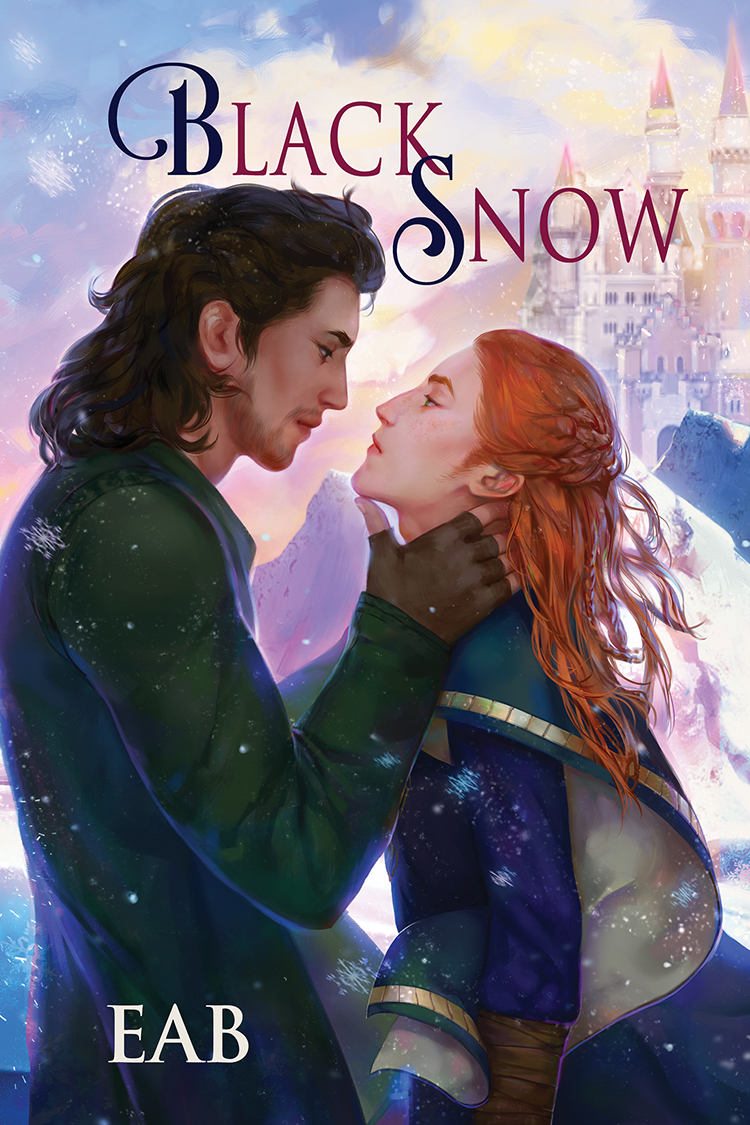 “LONG AGO, there was a maiden with hair black as ebony and skin as white as the snow, so that they called her Snow White. Her lips were red as the rose,” Brier’s portly nurse told him, smiling.

“And she sang and danced. And she was very beautiful,” Brier added perfunctorily.

“Indeed she was,” replied Marietta. “She was kind and comely, and all the kingdom loved her, but the queen of the kingdom was jealous and wanted to get rid of her for good.”

“She decided to have her killed.”

“Oh yes!” cried his nurse. “She hired a huntsman to kill her in the wood and bring back her heart, so that she could keep it forever.”

Brier slid his legs up and placed his chin on his knees, enraptured in the story about the fair princess whose name was like his own.

“The huntsman did as he was told and took Snow White to the forest. As they entered the forest, they came across a field of flowers. Snow bent down to pick a bouquet of wildflowers, and the huntsman crept behind her and lifted his dagger!”

Brier gasped, horrified. “But he should not kill her!”

“He could not,” corrected the nurse, excitement alive in her eyes. “For he had fallen in love with the princess and told her of the evil queen’s plan.”

“Snow White ran,” Marietta whispered, and Brier hugged his knees more firmly. “She had to run away deeper into the woods to escape the queen’s wrath. She found herself alone in the deep, dark wood. ‘Get out… out…’ the trees whispered all around her, and she was terribly afraid. And rightly so,” the nurse added, whipping her head toward Brier almost in warning. “The dark wood is a dangerous place. She tripped and fell into a great crack in the earth. As she fell, a nearby willow’s roots seized her and pulled her under.”

“Then she lost hope that anyone would ever find her. She thought that she was doomed to live out her days locked in the roots of the old willow tree. Starving, thirsty, and withering away like an old winter branch. However, this could not be further from her fate. Yes, she was stuck, but a passerby heard her cries in the tree roots. He stopped in his tracks and called his brothers to come investigate. Men that wore beards and were half the size of normal men. Some might call them dwarves. Six more dwarves stopped and listened to the cries coming from the old willow. ‘Chop it down!’ the eldest brother answered. And so they did, all seven of them. They cut the tree down, and Snow White was saved.”

“Hooray!” Brier shouted as he jumped on the pillow top mattress.

“When they took her from the tree, she was dirty and exhausted. The willow had cursed her in its last effort of revenge for cutting it down. She had a scar on her neck in the pattern of a tree leaf, but she was alive, and so they brought her back to their cabin, and they mended her to good health.”

“Did she dance and sing again then, Marietta?”

“She did. And how fair she was, thought the dwarves. They spoke of her beauty to other folk who came through the wood. But then, word traveled back to the evil queen. And she was furious! She called for the huntsman, and he confessed that he could not kill Snow White. Enraged, she ordered the guardsmen to kill the huntsman, and, with his dying breath, he confessed his love for the princess.”

Brier reached over to grab a pillow off his oversized bed and squeezed. He suddenly had the feeling that the story would take a turn for the worse.

“The queen decided to finish the job the huntsman did not with a poisoned apple. She disguised herself as an ugly elderly woman, and she came to the cabin that Snow White lived in with the dwarves. She showed Snow White the apple she poisoned, bloodred and perilous, but still Snow had the urge to taste it. The princess took a bite of the apple, and when she did, she died.”

“How dreadful.” Brier shook his head. “Why should the queen hate Snow White so?” he asked, incredulous. “I do not understand.”

The nurse chuckled and smiled at him. “Shall I continue?”

“Please do, Marietta. I should like to know the ending,” Brier replied with a sad smile.

“Well,” the nurse said in a warm voice. “The queen did think that she had finally rid herself of the fair maiden, but alas, there was a crack in her black magic, one that she could not foresee. The magic of the willow was stronger than her own, and it purged the strength of her poison so that Snow White did not die but slept for many years. The prince of the neighboring land did hear of a maiden sleeping soundly in the wood on a bed of wildflowers, in the cabin of seven dwarves.”

“And, I suppose, he too was handsome!”

“He was a handsome prince, I should say, though not as handsome as you, Prince Snow.” Brier blushed through his wide smile. “He came on his white steed, and he found Snow White sleeping soundly just as the rumors had told. Indeed, she was fair, and the prince decided that he had to have her in death or in life, and so he leaned down and placed a chaste kiss to her rose lips.”

“What did happen then I wonder?”

“Then she did wake up, Prince Snow! Her eyelids fluttered open, and she rose from her bed made of daisies and baby’s breath! Oh, how happy were the dwarves and the prince. The dark magic that the queen put on Snow White fell upon herself! And she turned into the old and ugly woman she disguised herself as. The queen was so furious that she drove herself mad with rage. And so, Snow White married the prince, and the dwarves sang and danced and were happy. Princess Snow White had many children, and lived ever after.” When the story finished, the nurse stood up and helped Brier into the comforter. His eyes were heavy with sleep, but he pursed his lips and sighed.

Brier bit the inside of his lip, struggling. “It is not that, Mar’, only that I feel sad for the princess.”

“And why should you? Did she not meet a happy end?” the nurse asked as she sat down on the corner of the bed.

The nurse blinked at the prince’s reply. “How indeed.”

“And the poor huntsman, who had died, rather than to disgrace himself with the blood of his beloved. ’Tis a sad story indeed, Marietta.” Brier pouted. “Although you said it was a happy end.”

“Well….” Marietta sighed, bemused. “I did not think of it in that way, little prince.” She tucked him in tighter as if swaddling a babe.

“I think that I should marry a huntsman over a prince,” Brier decided as he flopped his head into the mountain of pillows, smiling softly.

“And why not a princess?” the nurse questioned, crossing her arms.

“That is because I should like to be kissed by a huntsman,” Brier answered matter-of-factly.

Blurb: Prince Brier Snow has lived in the shadow of King Snow’s exalted memory. However, his fate changes when he nears his majority and Lirend’s steward queen attempts to dethrone him by exploiting an obscure requirement in the late king’s will: a yearlong sabbatical.

Brier travels to the desolate land of Aire to train under the Ceve guild, scorned refugees of war, including their guarded leader, Roland. Brier’s skillful master unlocks hidden potential, and what begins as a dutiful bond turns into ill-fated affection. When Brier returns to the capital, he’s carrying proof of his indiscretions with Roland—and his condition grows more apparent with each passing day. An affair with the huntsman is a scandal Brier’s enemies can use against him, but the birth of an heir is a burden even Brier is not sure he can bear.

Roland Archer, a man with a murky past, is skeptical of the contract to train the prince but willing to do anything for the guild’s freedom. Despite his best intentions, he is smitten by Lirend’s future king. Roland has resigned himself to solitude, but fate has other plans—for him, for Brier, and for Lirend’s oppressed subjects. Can Roland help Brier face a power-hungry queen and a country torn asunder? Either they will bring equality to a land that desperately needs it, or they’ll be thwarted by cunning enemies and an illusory curse.