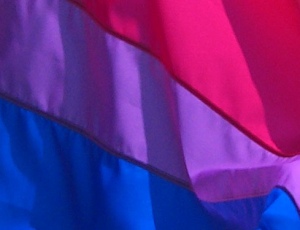 As this post goes live, I’m somewhere in Seattle enjoying that lovely city and preparing for the Gay Romance Northwest Meet-up! If you’re in the area please consider joining us at the Central Library for a day of panels and fun, and it’s all about queer books! If GRNW is sold out you can still visit the Book Fest. The room is open 12-6, come after 4 p.m. to meet authors, get your books signed and maybe pick up some cool swag. Visit me if you’re looking to de-stress. 😉

The past week has been loaded with promotion for my latest release, Safe House, so I haven’t said much here about Bi Week. As an out and loud bisexual, I can’t let this day go by like that. I’ve been reevaluating my writing goals lately and that ties in with this week’s theme so here goes.

You may have heard me say before that I’m an old broad who’s been writing for manymany (many) years, or that my early works weren’t as queer as I would have liked. Since that’s not true anymore I can be picky about the stories I choose to tell.

That’s pretty huge so I’ll say it again: I can be picky about which stories I choose to tell.

Why the hell not? Queer Romance is thriving, gay and lesbian stories are being told—being read—so what can I bring to the table that’s unique? You can probably see where this is going: bisexual stories. A lot of my love stories so far have had bi characters, and dealt with bi issues, and I don’t see that stopping anytime soon.

While I’m writing this I have a lot to get done: an empty suitcase in the middle of my floor, a book on deadline (yes, with a bisexual main character!), more promo to do for Safe House, and hopefully a little relaxing—I am on vacation this week, after all! So I’ll leave you with a mention of the bi characters I’ve written so far and a teaser for what’s to come.

Joe Prescott from Not the Doctor (2014), is an accident reconstructionist who was injured on the job with a huge crush on his next door neighbor.

Eric Allen from Buchanan House (2015) is a late-blooming line cook who, for many reasons, has avoided relationships and resisted defining his sexuality.

Justice “JB” Bishop from Cascades (2015) is a small-town bartender who tells himself he’s satisfied with his life in a tiny logging town, but is pining for the one who got away.

Doug Stevens is the one who got away.

Mick Randall from Torque (2016) is on the run from the San Francisco Bay Area and his past, and finds more than he’d ever thought to ask for in an old wrecking yard in NW Portland.

Coming in December, Holiday Weekend is Ryan Orchard’s story. Chapter One is included in the back of Safe House.

The last book in the Buchanan House series, which I’m calling BH#6 for now, is Chase Holland’s story. He’s gay but his long-time partner, Garrett, is bi.

I’m also working on an upmarket contemporary that I won’t be shopping under this pen name because it’s not Male-Male. This book isn’t even trying to be a Romance and features a bisexual genderqueer main character.