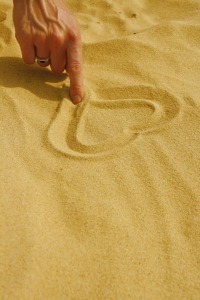 This has been one crazy summer at Casa Des and I’ve missed everyone at Snippet Sunday.

Here’s a long one, to make up for being away. It’s from Buchanan House, which will be released on Wednesday! This is Eric and Tim’s first date so there’s a little awkward to go with the smexy.

Tim rested his palm on Eric’s chest and slowly turned toward him. They gazed into each other’s eyes for a long moment. Tim didn’t look away when he unbuttoned Eric’s shirt and eased him back against the arm of the couch. By the time Tim’s lips found his, Eric was almost squirming in anticipation. Tim kissed him until he felt like he’d become part of the sofa, as though his muscles had no tension but that which Tim shared with him.

Eric whimpered when Tim’s mouth left his and began a slow exploration of his body. He’d thought maybe Tim didn’t have much experience making love, or maybe he’d just hoped they would be on even footing in that arena. It didn’t take long before he was proven very wrong. And how wonderfully wrong he was. Maybe Tim hadn’t always been so reserved and inscrutable, or maybe men on the coast cared less about things like that. In Portland, if you weren’t a social butterfly, you might as well be invisible.

Just then, Eric couldn’t be mistaken for invisible. Tim’s lips and tongue, his hands and the warm weight of his body, made Eric feel more than he’d felt… ever. He’d never made any noise during his few stolen encounters with his “boyfriend” while Jewell spent time with friends. Before long, Eric was convinced it was all about his partner. All about the ways Tim touched him, the way Tim sighed in open appreciation when he freed Eric from his clothes. Tim Tate had him moaning like a porn star, and the kicker was, Eric didn’t feel one iota of embarrassment or self-consciousness. Nothing but wonderful.

If you’d like to read the whole story it’s available for pre-order from all the usual places, and will be released on Wednesday, August 19th! I have a book blast and blog tour planned, with giveaways of course. The schedule is here and i’ll be updating it with links as the posts go live to make it easier to enter.

Check out more flashes of fiction at Snippet Sunday, you’ll be glad you did!