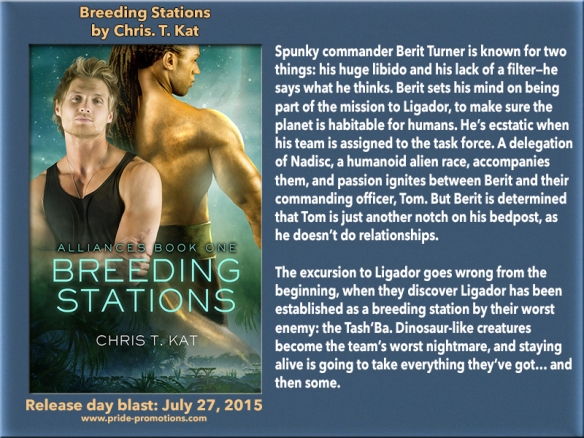 Excerpt from Chapter One:

After a five-minute standoff with our Nadiscs, I rolled my eyes and squared off in front of them. “Look, I know you have a rule about not giving your name out to anyone, so why don’t we cut it short. You”—I pointed at the woman—”will be R1.”

She narrowed her eyes at me, which I ignored, even though my hands began to perspire. I pointed at the man standing on her left and said, “That’ll make you R2.” I leveled my finger at the remaining one and added, “So you’ll be R3. We should all be able to remember R1, and if we get it wrong when there’s an emergency, we’ll only have to shout for R2 and R3 together and one of you will help us out.”

R2’s eyebrows knitted together very closely, and in the background feet shuffled. Someone cleared his throat. R3 came forward, one step at a time. I could’ve sworn the floor vibrated with every move. All my instincts screamed at me to leg it, but if I’d learned one lesson well, it was not to show fear. Not too much, anyway.

R3’s arm shot out before I had a chance to see it coming. His large hand clasped around my neck and all my hairs stood on end. I kept completely still, waiting for the blow to come.

He gazed at me from dark brown eyes, then lifted his other hand. The atmosphere around us thickened, and my poor confused cock perked up with interest. The Nadisc laid a hand against my cheek, left it there for a while, before he eventually pulled it away.

He pointed at his comrades. “Niyara.”

The Nadisc woman inclined her head.

“This is Xevon. And to make it easier for you and your people, you may call me Tom.”

“Tom?” I blurted. “Don’t you have a fancy name like the others?” The grasp around my neck tightened, and I hastened to add. “Short is cool, though. Really cool.”

Tom released my neck, but didn’t step away. Slightly wary, I glanced up at him. He grinned at me, showing a full line of well-tended white humanoid teeth, then beckoned to Niyara and Xevon. They bridged the distances in two long strides and formed a circle around me.

“Um, guys, what’s going on?” I asked, mulling whether I could slip past them or not.

They intertwined their hands and closed the circle around me. Someone—I think it was Carson—muttered something fierce, and a moment later three large bodies crowded me. I opened my mouth to tell them off, or maybe to ask them very politely to back off a little—same difference, really—when an eerie shout resounded through the hangar.

My eyes had to be circular by the time they finished. You could’ve heard a pin drop, it was that silent around us.

Niyara, Xevon, and Tom took one step backward, and I breathed more freely. Niyara smashed her fist against her chest, declaring, “We accept you as our leader on this mission.”

I gaped at her. The Nadisc helped and supported humans, but accepting leadership from a human? They very rarely did. Niyara smiled at me, a genuine smile that showed a prettiness I hadn’t seen before, then she engulfed me in a rib-creaking embrace. I was stumbling to find my footing once she’d set me down when Xevon lifted me off my feet and hugged me too.

He and Niyara turned around and advanced on my crew members, eliciting a few terrified squeaks. I peered at Tom, who showed no inclination of moving.

He held out his broad muscled arms for me, grinning. My mouth went dry and my damn cock pressed heavily against the fabric of my pants. It had to be visible to everyone. For the first time in many years, heat rose into my cheeks. Tom’s grin expanded before he laughed. I stepped into his arms, bracing myself for another painful embrace. Instead, I found myself leaning against a hard chest with equally hard arms around me, fencing me in but without hurting me.

I mumbled into his leather vest, “Do you by chance happen to like blond humans?”

I would’ve screamed hallelujah if Baker’s voice over the loudspeaker hadn’t demanded we get going.

Rafflecopter Prize: E-copies of Seizing It and the sequel Too Good to be True? by Chris T. Kat
a Rafflecopter giveaway

Chris T. Kat lives in the middle of Europe, where she shares a house with her husband of many years and their two children. She stumbled upon the M/M genre by luck and was swiftly drawn into it. She divides her time between work, her family—which includes chasing after escaping horses and lugging around huge instruments such as a harp—and writing. She enjoys a variety of genres, such as mystery/suspense, paranormal, and romance. If there’s any spare time, she happily reads for hours, listens to audiobooks or does cross stitch.