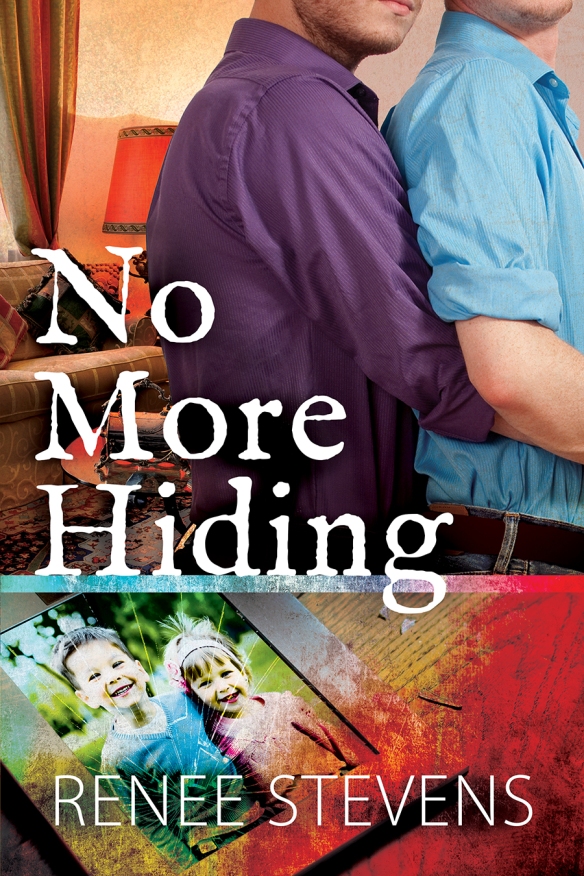 Phillip Jorgensen tried to live the straight life and ended up divorced. But he wouldn’t trade his two kids, Jacob and Samantha, for the world. His ex-wife has kidnapped them and he’s been searching for them for six long years. But he’s not giving up—never, not for anything. His twin brother has encouraged him to start living again, but how is he going to find romance with all his baggage?

When he meets Vance Pierce at the new gym, Phillip sees a chance to find some happiness.

Phillip has to explain the whole sordid mess to Vance and pray that he understands that he’ll never stop looking for his children. That’s easier said than done. Telling Vance might be risky. Is their connection strong enough to convince Vance to stay? Or will he think that Phillip is too damaged to love? This is Phillip’s chance at the life he never thought he could have. But is it possible?

“JUST TELL me the goddamn truth.” Janice stomped her foot and glared at him as their two kids sat wide-eyed on the couch, watching the scene unfold.

“Please, Janice, don’t do this in front of the kids.” He’d known when they divorced it could come down to this, but he’d hoped to put it off as long as possible. If it hadn’t been for Janice’s busybody mother, they wouldn’t even be having this discussion.

“Were you or were you not walking down the street, holding hands with another guy?”

Phillip flinched at the fury in her voice and walked over to crouch down in front of his three-year-old son.

“Jacob, why don’t you go outside with Sam and play with your trucks.”

“Okay, Daddy.” Jacob’s gaze, glistening with unshed tears, shifted to his mother before sliding back to Phillip’s.

Phillip’s heart was nearly bursting with love as he watched Jacob take Samantha’s hand and lead her outside. Only once they were gone did Phillip turn his attention back to Janice.

“You want an answer? Fine. Yes, your mother saw me walking hand in hand with another man. You happy now?” Phillip had gone over the conversation dozens of times in his mind, but Janice had him so rattled, it was impossible to try to follow any type of a script.

“How dare you.” Janice slapped him across the face. “We were married, Phillip. You promised to love me until death do us part, and all the time you were lying to me?”

“I thought it would be okay. That I would be able to keep that part of me buried deep inside.” Phillip sighed, unable to meet her eyes. “I didn’t lie to you. I lied to myself. I tried to be something I’m not, and it blew up in my face. Robert warned me when we first got married that something like this could happen, but I didn’t listen to him.”

Renee Stevens first started writing in her teens but didn’t get serious about being an author until her mid-twenties. Since then she’s written a number of contemporary stories, as well as delved into the paranormal. When not writing, or spending time in the outdoors, Renee can usually be found working on GayAuthors.org in her capacity of admin and Anthology Coordinator.

Renee resides in Wyoming with her wonderfully supportive husband and a menagerie of four-legged critters. Making the most of the nearly constant negative temperatures and mounds of snow, Renee spends much of the winter months in hibernation with her laptop, the voices in her head keeping her company while her husband works. When she needs a break from writing, Renee takes to the sewing machine to design, and make, beautiful quilts.

When the snow finally disappears, usually around May or June, Renee can be found in the great-outdoors. She spends her time on the mountain, at the lake, and just anywhere that she can do some camping, take some photos, and ride the four-wheelers with her hubby. Once back at home, it’s back to writing.