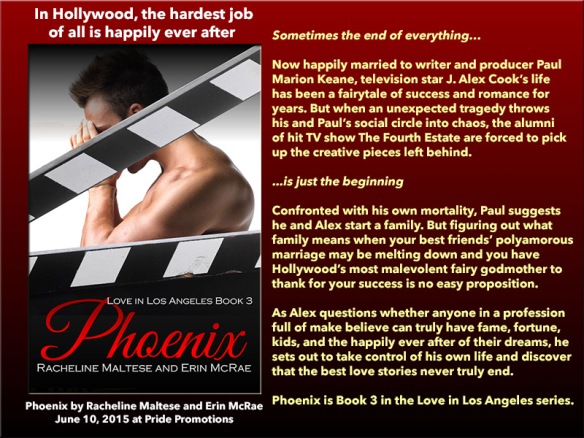 Alex’s eyes flutter shut when Paul slides his hands into his back pockets and pulls him closer. They’re not dancing so much as grinding together, but they’re hardly alone in that regard—at least they still have their shirts on, and if Alex is willing, Paul has absolutely zero desire to stop.

Paul can’t hear it, but he can feel the breath of a moan on his neck when Alex gets insistent about digging his fingers into Paul’s hair while he mouths at the skin above his collar. Six months apart, with only two weeks in the middle, was a very long time, and the time they’ve had since has barely been enough to get used to sharing space with each other again, much less fall back into their relationship with all their knowledge of each other’s bodies and hearts intact.

“This is possibly a stupid idea,” Alex murmurs at some point.

Paul isn’t sure how much time has elapsed since things crossed into slightly inappropriate but totally expected territory. “I don’t think you care.” 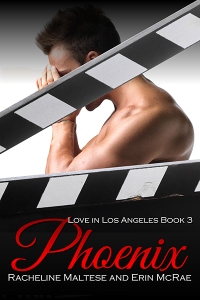 Rafflecopter Prize: An e-copy of Starling, Book 1 of the Love in Los Angeles series
a Rafflecopter giveaway

Erin McRae is a queer writer and blogger based in Washington, D.C. She has a master’s degree in International Affairs from American University, and delights in applying her knowledge of international relations theory to her fiction and screen-based projects, because conflict drives narrative.

Racheline Maltese lives a big life from a small space. She flies planes, sails boats, and rides horses, but as a native New Yorker, has no idea how to drive a car. A long-time entertainment and media industry professional, she lives in Brooklyn with her partner and their two cats.

Together, they are co-authors of the gay romance series Love in Los Angeles, set in the film and television industry — Starling (September 10, 2014), Doves (January 21, 2015), and Phoenix (June 10, 2015) — from Torquere Press. Their gay romance novella series Love’s Labours, set in the theater world — Midsummer (May 2015), and Twelfth Night (Fall 2015), is from Dreamspinner Press. They also have a story in Best Gay Romance 2015 from Cleis Press and edited by Felice Picano. You can find them on the web at http://www.Avian30.com.