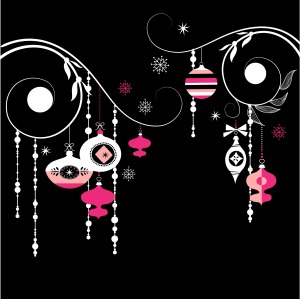 I won’t have a new holiday story out this year, but that doesn’t mean I can’t get into the holiday spirit! This year I’m going retro–as in a backlist book bump giveaway. Along with some new goodies.

Everybody likes to get presents, and since I can’t send fudge or Mexican Wedding Cakes through the tubes, I’ll have to settle for less tasty gifts.

#4: signed paperback copy of The Nesting Habits of Strange Birds

#5: ebook of choice from my catalog

The hat was a blast to knit–i made it a little large, which means you can wear it slouchy or pulled down over your ears for maximum coverage, with the cuff folded or flat! You could even give it to that special melon-head in your life (believe me, I know how difficult it can be to find a hat large enough to cover one’s overly-large noggin). 🙂

The Rafflecopter will make the rounds for three weeks beginning on Black Friday. Winners will be announced December 20th on my blog.

While the Rafflecopter makes the rounds, it’ll come with bits and bobs from my holiday story “Toy Run”. I’ll be sharing excerpts, some flash fiction, and backstory, and whatever else knocks loose along the way. 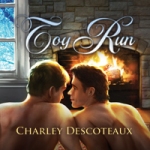 Former physical therapist and reluctant loner Ian Bowen has spent the three years since his grandfather’s death searching for a man to inspire him to park his Harley for a while—without much hope of finding him. On a whim, he shows up for a Toy Run and meets Ed Gonzalez, another loner with a pile of toys lashed to his bike. A few beers at the end-of-the-run party turn into an invite to Ed’s for homebrew. But instead of a night of fun, the unseasonable cold renders Ed immobile with pain. When he tells Ian he just needs meds, Ian does one of the things he does best—he massages Ed’s pain away, allowing him a rare restful night’s sleep and creating intimacy neither wants to lose. Ian thinks two men have to follow certain rules to be together, but Ed’s prepared to show him how wrong he is.

Toy Run is available to purchase from Dreamspinner Press. 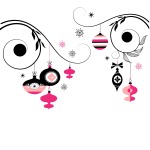