One house, three couples, and one year left until their final exams….

Finances tighten for new couple Josh and Chris. Wanting to ease some of the pressure on Chris, Josh starts as an agency nurse. But tackling a heavy workload at medical school and working late-shifts leaves little time for the couple. Something’s gotta give.

In Spain, Sean was diagnosed as suffering from migraines. But after the medications have no effect and he starts suffering from other complaints, he decides to get a second opinion without telling Michael. When Michael finds out, Sean’s usually laid-back husband’s reaction shocks everyone. But Michael needs to get his head sorted fast, because Sean needs his strength.

As their school career comes to a close and the one person who holds them all together starts to fall apart, the final exam is a true test of friendship.

SEAN WAS getting really fed up with his housemates.

Ever since he and Michael had got back from Spain, the four men had turned into mother hens. Sean was constantly aware of them watching him. At least, it felt like they were. When he’d brought it up, Michael had said he was imagining things, but then again, Michael was guilty of the same thing in Sean’s book. He knew Michael was keeping a close eye on him. Sean hadn’t said a word. These days, he didn’t trust himself to do so without biting Michael’s head off, and that was the last thing he wanted to do.

Okay, so I’ve had a few migraines. Why the scrutiny all the time?

He loved his housemates to bits, but recently he’d found himself snapping at them on occasion, and that just wasn’t like him. He could see the same thought in Michael’s eyes and that hurt. He hated it when Michael worried, especially if he was the cause.

He wanted to scream at them all.

He wouldn’t, of course, tempting though the idea was. And besides, there was that tiny voice in his head that wouldn’t go away.

What if it’s more than just headaches? What if there’s something else wrong?

At first he’d pushed the thought aside. He’d been to the doctors in Spain, hadn’t he? The doc had been perfectly happy with his diagnosis of migraines

Only now the headaches were occurring more regularly, which was worrisome. The fact that his bloody pills were useless wasn’t helping either.

Then DO something. Get another opinion.

Now that made sense.

Sean picked up his phone and scrolled through his contacts to the clinic where he and Michael got tested every few months.

The sooner he got this sorted, the happier he’d be. And maybe then his housemates would stop mothering him.

He listened for a moment. Michael was downstairs in the kitchen with Chris, Evan, and Daniel. Josh was at the hospital. If Michael knew he was making an appointment, he’d only worry even more.

So that meant only one course of action—Sean wasn’t going to tell him. He’d go see another doctor, see if there were any tests they could run, and maybe get some medication that actually worked. He glanced at the notice board where his and Michael’s timetables were pinned. Being on the same course had its drawbacks, especially if he wanted to book an appointment when Michael wouldn’t be around. The only time available was when Michael saw his personal tutor. At least the clinic was on campus, but he might have to book it a week or two in advance to be sure of getting the slot he wanted.

And if he were completely honest, Sean was starting to get concerned. He rarely got sick, he ate healthily—Michael made sure of that—he didn’t smoke, and his alcohol intake amounted to a couple of glasses of wine per week. So putting up with headaches was pissing him off.

Make the call, Sean. While Michael’s not in earshot.

Rafflecopter Prize: Copy of the book when it comes out

Author Bio: Born and raised in the north-west of England, K.C.Wells always loved writing. Words were important. Full stop. However, when childhood gave way to adulthood, the writing ceased, as life got in the way.

K.C. now writes full-time and is loving every minute of her new career.

The laptop still has no idea of what hit it… it only knows that it wants a rest, please. And it now has to get used to the idea that where K.C goes, it goes.

K.C. can be reached via email (k.c.wells@btinternet.com), on Facebook (http://www.facebook.com/KCWellsWorld) or through comments at the K.C.Wells website (www.kcwellsworld.com ) K.C. loves to hear from readers. 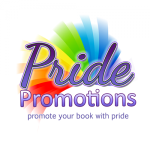