Next week I’m hosting some fantastic authors who are helping me celebrate Bi Pride, so i thought i’d showcase their books and give everyone a chance to get stocked-up before the weekend. 🙂

Television horror host Lawrence Frightengale and his leading lady, the glamorous drag performer Myrna Boy, find themselves racing against the clock when the theft of a classic car bound for the Out & About parade threatens to be a showstopper for Lawrence’s career.

From Aidee’s web site: Debussy and I had so much fun writing this. He’s a fan of horror movie hosts and personally loves really bad horror flicks of the seventies. I’m more of a fan of classic mystery movies like The Thin Man or The Mad Miss Manton where the amateur detectives juggle social parties with solving crime. Together, we tried to recreate that feel with our hero Lawrence Frightengale, in his rather effete vampire makeup, and his partner both on screen and off, Myrna Boy, a local celebrity at the Falsehoods Cabaret. They use their wits and their panache to solve the case of the missing Frightmobile but also manage to reconnect with a memory from Lawrence’s childhood.

Many of you have seen the amazing cover of Andrea Speed’s latest release, Infected: Undertow–if you haven’t read the whole series you may want to start at the beginning. Check out the blurb, and click on the title for an excerpt!

In a world where a werecat virus has changed society, Roan McKichan, a born infected and ex-cop, works as a private detective trying to solve crimes involving other infecteds.

The murder of a former cop draws Roan into an odd case where an unidentifiable species of cat appears to be showing an unusual level of intelligence. He juggles that with trying to find a missing teenage boy, who, unbeknownst to his parents, was “cat” obsessed. And when someone is brutally murdering infecteds, Eli Winters, leader of the Church of the Divine Transformation, hires Roan to find the killer before he closes in on Eli.

Working the crimes will lead Roan through a maze of hate, personal grudges, and mortal danger. With help from his tiger-strain infected partner, Paris Lehane, he does his best to survive in a world that hates and fears their kind… and occasionally worships them.

Better Than Good, by Lane Hayes

Matt Sullivan understands labels: law student, athlete, heterosexual. He has goals: graduate and begin his career in law. One fateful night, Matt tags along with his gay roommate to a dance club and everything changes. Matt finds himself attracted to the most beautiful man he’s ever seen. All labels go flying out the window.

Aaron Mendez doesn’t believe in labels, and he’s leery of straight curious men. He makes it clear that he’ll hide his fabulous light for no one. While Aaron can’t deny the attraction between him and Matt, he is reluctant to start anything with someone who is still dealing with what this new label means—especially when that someone has a girlfriend. 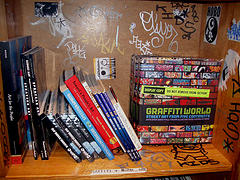